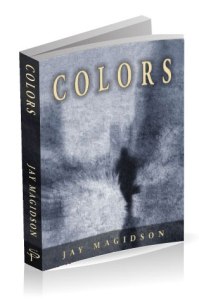 Sometimes an idea builds inside like a kind of spiritual pressure, threatening to overwhelm the holder, even consume him. This happened to me about ten years ago. I had been writing short stories over the past year. There was no thought to what they might be used for or why I was writing them, just when they came up, I would commit them to paper. It was only recently that I even understood their purpose, and their power in my life.

Each story had a single color as its title. The first was Gray, the Kafkaesque tale of a man lost in a featureless city. Another was Yellow, about an antique’s dealer consumed slowly each night by a dead cat representing his contradictory life.

The story that began to overwhelm me, I later called Black. It started as only a seed of a feeling, a bit of undefined anxiety. I would wake at night with a deep, unexplainable fear. Everything was going well in my life and I had no reason to feel this way. I pushed it aside, ignoring it as just general anxiety about life. But it grew stronger until it began to consume me, holding a kind of opaque fabric in front of my vision.

I lost quite a bit of sleep, lying there, desperately trying to push the horrible feelings away, running from this undefinable dark fog. Out of desperation on the third night, I got up, my stomach in a deeply clenched knot and sat in front of my computer and began to write. Without thinking about it, the words began to pour out of my fingers and instead of feeling relief and peace, the way I usually do when I sit down to write, the fear grew worse. I realized there was no way around this feeling, that the only way out, was through the blackness. I was terrified.

With a deep breath, I dove into the bleak feeling and for the first time, touched it. The best I can describe it, was like a kind of river flowing beneath the surface of my life, a river of unexplored pain. I dipped my hand into that river, touching its icy thickness. The fear and anxiety only grew worse, and I knew what I must do in that moment. I had to jump in.

The story began to flow like nothing else I had ever written before, nothing related to my life, as if I were a completely different person releasing this horrible and dark crime that had been eating at me, consuming me with guilt until I couldn’t bear it anymore.

The entire story came out that night, in one marathon sitting. And when I laid done the final period I was free. The fear had left me, replaced with a deep sense of gratitude and wonder at life. I had dove through that river of pain and had been cleansed by its fire, rising up on the other side a different, better person.

I’ve put the short story online here, if you would like to read it. It is surreal and personal, without any reference in my life. I read it now, still wondering where it can from, or why I wrote it, not really sure what it means. I only know that I had to write it, had to release it, or would have been consumed by it.

I think we misunderstand fear, shying away from it, avoiding the pain it represents. And when that suggests bodily injury, that’s probably wise, a mechanism for keeping us safe, built into our DNA. But there is another kind of fear, that which we need to embrace. It holds a deep kind of meaning on the other side of its invisible veil; we must leap the chasm with only our faith to keep us aloft. And on the other side is peace, growth, understanding, and maybe if we are lucky, a bit of wisdom.

The Mensa Bulletin (national magazine for members of Mensa) reviewed the book Colors by Jay Magidson in their March 2013 issue.  Now come on, how cool is that!  If it’s good enough for Mensa, don’t you think you should get a copy too!

Colors is available on Amazon in print and for the Kindle

Explore Book Sellers in Aspen, one of the great independent book stores in the region is now selling Colors and Shira’s Wish by Jay Magidson. There was a demand to buy the book locally and one couldn’t wish for a better venue.

Aspen has long been know for its love of intellectual pursuits, being the home of The Aspen Institute and the Aspen Writer’s Foundation. Famous and influential writers often come here to speak or participate. The Explore Booksellers is the central venue for book signings and writer appearances on the Western Slope of Colorado. Colors and Shira’s Wish are in good hands.

Thank you for supporting our local bookstore.

A little history of the Explore Booksellers

The Billionaire and the Bookstore

ASPEN, Colo. — For more than 30 years, Explore Booksellers was a quiet refuge from Aspen’s burgeoning wealth and development.

The bookstore and cafe, located in a Victorian house off Main Street, remained locally owned even as other shops were replaced by chain stores or luxury retailers. Explore’s outspoken owner, Katherine Thalberg railed against the McMansions going up all over the resort town and the loss of “old Aspen,” with its bohemian artists, beat-up Jeeps and counterculture heroes like writer Hunter S. Thompson.

Customers could curl up with a book on the Oriental rugs, chat with the staff about Expressionist poets or eat at the upstairs bistro, which features vegetarian fare such soy burgers, carrot juice and vegan chocolate fudge cake.

The shop also was Ms. Thalberg’s political base, where she organized crusades against fur coats, George W. Bush and the Iraq war. She helped raise money for Ralph Nader and campaigned for John Kerry during the 2004 election. And she picked out all the shop’s books, an assortment heavy on animal-rights titles.

So it came as something of a shock to Aspen when Ms. Thalberg died last year and Explore Booksellers was sold. Even more surprising was the buyer: Sam Wyly — the Texas billionaire who was a top supporter of George W. Bush and helped fund the “swift boat” ads that helped defeat Mr. Kerry.

“You can’t have Sam Wyly’s history and claim to want to continue Katherine’s legacy at Explore,” says Phyllis Bronson, a biochemist in Aspen who was one of Ms. Thalberg’s closest friends. “The history of Explore is politically rich. Her politics and the store were closely intertwined.”

Read the rest of this intriguing and surprising story…

What a wonderful read! At one point I found myself wanting to scream, “Don’t go back.” I don’t often want to scream at a character in a book. I did while reading Colors. I was pulled into each chapter and found it hard to put the book down. I was sad when I finished the last page. Not because the story was incomplete; But because it was complete and I would have to find a new book to read which I may or may not enjoy as much. I am looking forward to Jay Magidson’s next book which will be released in fall of this year.

Here is a rave review of “Colors” I received today:

Oh wow!!! Oh my!!! I couldn’t put the book down; at times I couldn’t stop my pulse from racing; at times I wanted to rush to your house and take away all pills and sharp knives from your cupboards and drawers.

I could hear you intellectually creatively gasping for the breath of air and for the beauty of nature and open space. You wrote about other worlds/this world and you wrote about your past [or your fears during it] and the future that you are creating for yourself.

You are a brave man! And an excellent storyweaver. Bravo 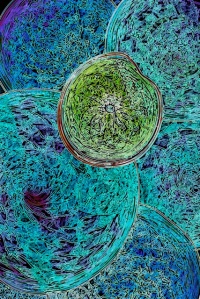 In the Depths of Beaver Creek by Kathryn Rabinow

After I finished your book—Colors—I felt a great need to create. And to create something colorful and mysterious. Something to cause people to perhaps stop and look and reflect and look deeper into the depths—of a forest, a soul or a stream.

Here is my IN THE DEPTHS OF BEAVER CREEK

Kathryn (Kitty) Rabinow is a former psychologist/professor of psychology at the University of Houston, Board Director of the Children’s Museum of Houston, world traveler, poet and artist of photography.  Her work can be seen at www.kathrynrabinowphotography.net/